North-West Marches Session 2 & 3; or, "What's The Worst That Could Happen?"

Two sessions in one, oh my, what a treat! Because I am running behind, mostly. Next play reports will be written (hopefully) by my players in return for juicy, juicy XP!

Phew. There you have it! See below for the updated terrain map, and an in-game scrawl of the tower. 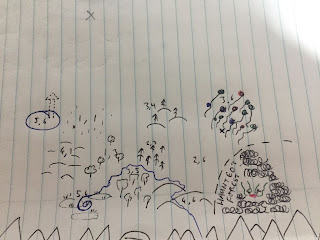 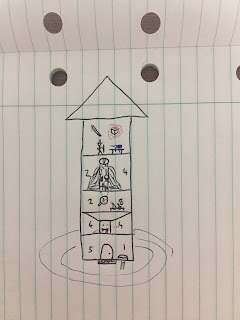